Hello, I will say in advance - sorry for my bad english (it isn’t my native language).
So, I want to address this message to Redox developers. How I see, Redox is unix-like system. But UNIX isn’t so perfect as we think. There are a lot of problems inside, inside linux kernel and inside unix philosophy generally. I think Redox can fix UNIX philosophy problems and take into account this experience. Because Redox is partially OS from scratch, so we can do anything now, we have opportunity to develop better. 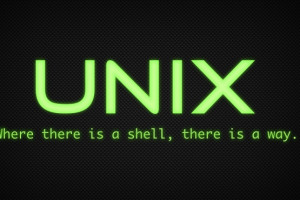 The Collapse of the UNIX Philosophy

In the first part of the article, I will enumerate lots of UNIX cheap and dirty hacks, and other various drawbacks. In the second part, we’ll talk about the UNIX philosophy. This article was written hastily, and I don’t want to further improve it....

I want to ask developers and Redox community to carefully study this article, it’s very important. I really like the idea to develop rust-based OS and I want to contribute as rust developer and UI designer. I want to express my deep gratitude to the developers and the community that are working on this great OS. But I want to ask you think carefully about solutions during development, because wrong decisions now - are big problems in future of this OS.

When you read this article, study such systems as Plan B and Inferno OS. They have fixed most of the problems described above, I think Redox must take their experience.

I also wanted to ask why the system is not being made on the idea of exokernel, what do you think about? Thanks for your attention, I hope that developers use some ideas suggested above.
Best regards!

I know that Plan 9, Plan B and Inferno are network-oriented systems, but some ideas are really beautiful. Also look at DragonFlyBSD, they have some intresting features.

As the commenters on your posted article say, it’s a pretty uninformed grab bag. And most of its complaints don’t apply to Redox anyway! Redox doesn’t use the C language. /etc/passwd and every other cumbersome text file format could be replaced with a schema that abstracts and optimizes access (e.g. read users:/byname/skierpage/groups). The Ion shell will avoid the mistakes of the Unix shells. Etc.